Over the last 35 years, Bruno DaVenzia has acted as a bridge between the community of abstract expressionism and contemporary abstraction in order to understand how the distortions of time can be viewed through the mind’s eye.
Bruno started painting 1958, under the tutelage of Annette Lesser, his great grand aunt. Mme Lesser had been traditionally trained in Russia at the end of the 19th century, and made a living in NYC in the depression as an artist painting floral trays and shower curtains for B.Altman and Company. To Bruno, she passed on her knowledge of realism, mixing pigments and other painting techniques. By the time he was 12, Bruno had begun to master the intricacies of painting with oils.
Bruno studied color and method before embarking on a career in commerce, which would take him around the world. In the 1970's he travelled to Soviet Russia on business, where he was able to spend time in Moscow's underground art scene.
During these years He worked as a furrier, corsetiere, sign maker, visual merchandiser, designer and manufacturer of women's clothing and finally as a Real Estate planner, before returning solely to artistic endeavors in 1991.

Bruno has channeled his success as an artist through charities that support young artists and allow them to learn, grown and flourish. 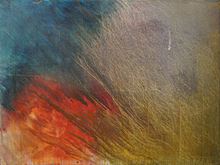