In 2002, Michele Mikesell earned her Bachelor of Fine Arts with a minor in graphic design from Texas Women's University in Denton, TX. Mikesell completed her Master of Fine Arts at the University of Oklahoma in Norman in 2004. Mikesell is an international artist who lives and works between Dallas and Spain, and is currently represented by Chiaroscuro, Sante Fe; JRB Gallery, Oklahoma City; Alan Avery Art Company, Atlanta; and DECORAZON Gallery.

Mikesell's work can be found internationally in many private and corporate collections and has been exhibited in national and international art fairs including, CONTEXT Art Miami; SCOPE Basel, Miami and New York City; The London Art Fair; Art Palm Springs; and the Affordable Art Fair New York City, London, Stockholm and across Asia. Mikesell had a solo exhibition at the Ardmore Museum of Art in Oklahoma (November 2014).

“Creating individuals is what I find most interesting in the studio. It is my hope that these portraits will be familiar characters to the viewer, subjects we recognize and identify with. My
work consistently travels along a general vein of the universal human experience. This particular group of paintings is an iconographical departure from previous work in that literal human features have been introduced. Other aspects of this work directly reference the anthropomorphic petro glyph characters in which I first based my interest in painting. These realistic, stylized faces placed within loosely interpreted animal shapes and costumes narrate a continued thesis of dichotomy and metaphor - comparing and contrasting human ideas with animal instinct. Irony, contradiction, humor and tragedy, have been continued themes in my work and are illustrated not only within the image, but within the actual paint and surface of the painting.

I am influenced by a diverse and extremely eclectic group of different movements including Abstract and German Expressionism, Art Informal, Children’s Art, as well as the 17th century Dutch masters and the current Pop Surrealist movement. I work with little or no pre- conceived finished piece. My process is a constant acting and reacting from and within the marks subliminally laid into the paint.” -- Michele Mikesell 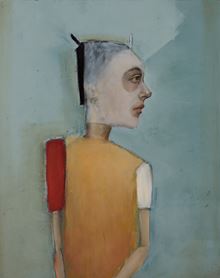 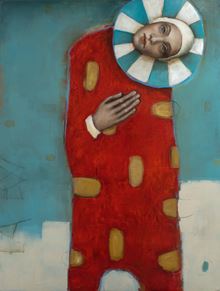 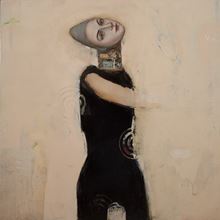 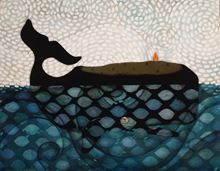 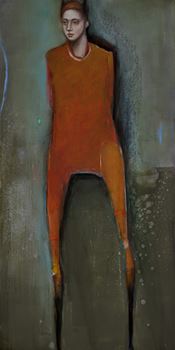 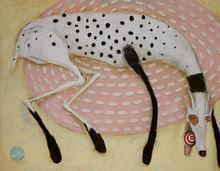 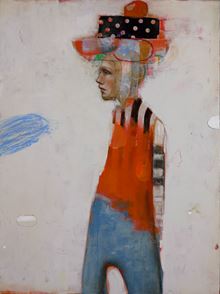 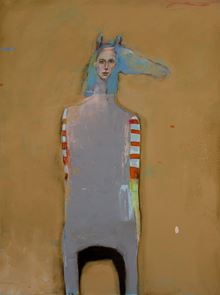