Lula Goce is an all-rounder artist and a representative of the Spanish contemporary urban art scene. Born in 1976 in Baiona, Galicia, she moved in 1996 to Salamanca where she graduated in Fine Arts, specializing in painting. Later, and to pursue her studies, she moved again, this time to Barcelona where she followed a Ph.D. in Contemporary Art at the University of Barcelona and a Masters in Artistic Creation. Lula Goce’s life has always been linked to art. Today, not only does she produces art she also teaches it. For her murals, the female street artist merges different disciplines, placing her creations within the field of design, installation, and intervention in spaces. Her inspiration mostly comes from her surroundings and the environment of her work.

In her works there is the idea of nature, and how everyone has monsters within themselves. The presence of gargoyles and grifos represent our fears, our darkness, but at the same time, they are part of us. A good part of us. There’s a dialogue between the mythologic and the real. The myth is part of our history and that conditions our actions. This duality between the good and the bad is the guide in her work. The red is part of this duality, the violence, the fight with ourselves.


“I have a growing tendency to delve further into the depths of intimacy, and in doing this I get closer to the universal essence of the individual, sometimes with a certain satirical charge, sometimes with humor, but always in the background, there is a criticism of the consumer society and identity that each individual generates within that society.” 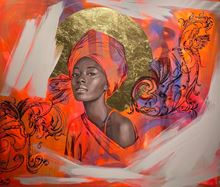 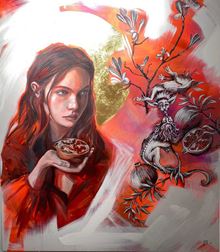