Brett Murray is a South African artist known primarily for his satirically incisive sculptures as well as ‘The Spear’, a wildly infamous portrait of the nation’s past president, Jacob Zuma. His work functions as an introspective stock-take on the artist’s positionality within the social climate of South Africa at a particular moment, with which he aims to entertain.
Murray has a Master's degree in Fine Art from the University of Cape Town (1989) and was the winner of the prestigious Standard Bank Young Artist Award in 2002. Referred to by critic Brenda Atkinson as "the dark prince of South African pop (art)", Murray is one of the country's most popular visual artists, using recognisable media images with the addition of a subversive and bitterly funny twist. Spanning bronze, steel, plastics, print, video and marble, Murray's work grapples with the wars of cultures, the clash between Afro- and Eurocentrism, the old and the new South Africas, identity politics and the ways in which political discussions have been shaped for the worse by social media. 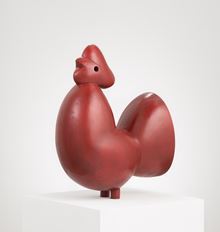 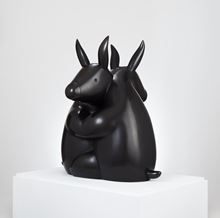