Matthew Hindley graduated from the Michaelis School of Fine Art at the University of Cape Town in 2002, where he was awarded the Michaelis Prize.
As one of the countries' most recognized younger painters, Hindley’s intense, poetic and delving artworks have featured in various critical and seminal South African exhibitions. His most recent solo painting presentation 'The Divided Self' was held at Everard Read Cape Town in October 2019.
In addition, he has presented at the world-renowned Eli and Edythe Broad Museum, Michigan (2012) and the Kochi Muziris Biennale, India (2012). In 2014 he worked on a series of paintings inspired by the mythological African tales of South African writer Don Mattera, for a book published by Rhodeworks, in Berlin, Germany. In 2015 his artwork was part of the 'imago mundi' Benetton Collection at the Venice Biennale, and his major award-winning public sculpture 'Speak Naturally and Continuously' was installed above the entrance of the Iziko South African National Gallery in Cape Town. This artwork was rebuilt in late 2018/ early 2019 and reopened to the general public interaction May 2019. 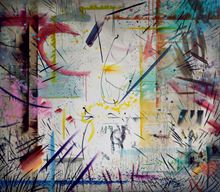 Once I Was Blind I 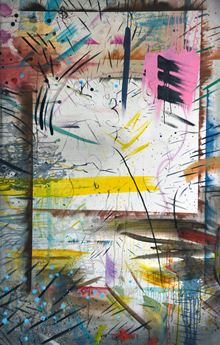 Once I Was Blind II