Camille Hannah attained a Masters of Fine Art by Research in 2013 and a Bachelor of Arts (Honours) degree in 2010, at the Victorian College of the Arts, University of Melbourne, Australia where she was the recipient of an Australian Postgraduate Scholarship Award. In 2015 she was selected by an international jury to win the T.I.N.A Art Prize, Maurizio Caldirola Arte Contemporanea, Milan, Italy, and was a finalist & winner of the People’s Choice Award in the Gold Coast Art Prize, Qld, Australia, was shortlisted in 2014 for Contemporary Visions V, Beers Contemporary Gallery, London, and in 2012 she won the Kozica-O’Callaghan Award for Painting. Other awards include the Premio Ora Art Prize, Italy 2013 International Catalogue and being shortlisted from 8000 international applicants for the Arte Laguna Art Prize, Venice Arsenale, Italy and the Wynne Prize, Art Gallery of NSW, 2012. 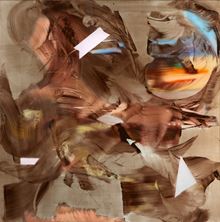 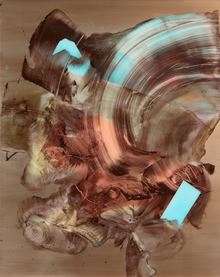