532 Gallery’s objective is to present fresh, vibrant works that capture the aesthetic dynamics of 21st century culture. The gallery represents a group of internationally established mid-career and emerging artists who are producing significant works of lasting value that explore, engage and resonate with contemporary visual culture. These artists work in a variety of styles and a range of media that includes painting, sculpture, photography, video and performance art. 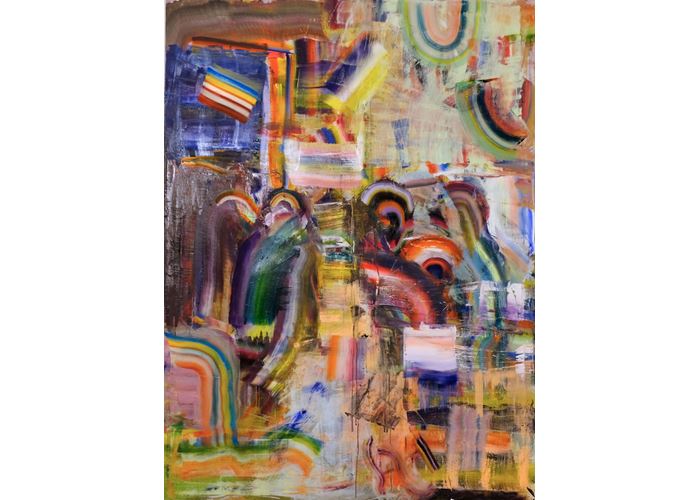 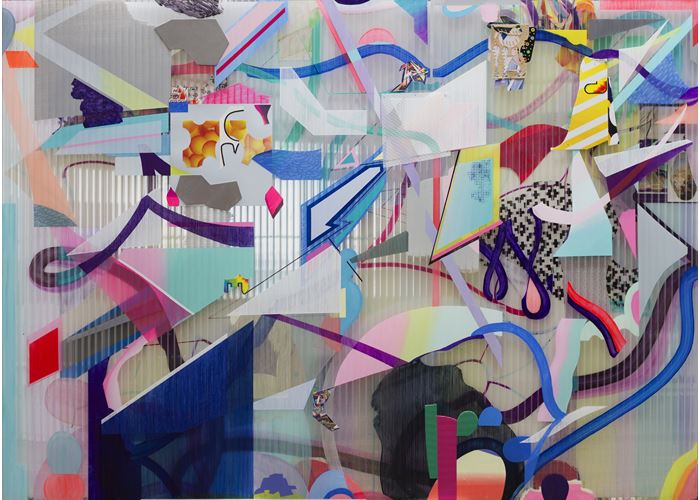 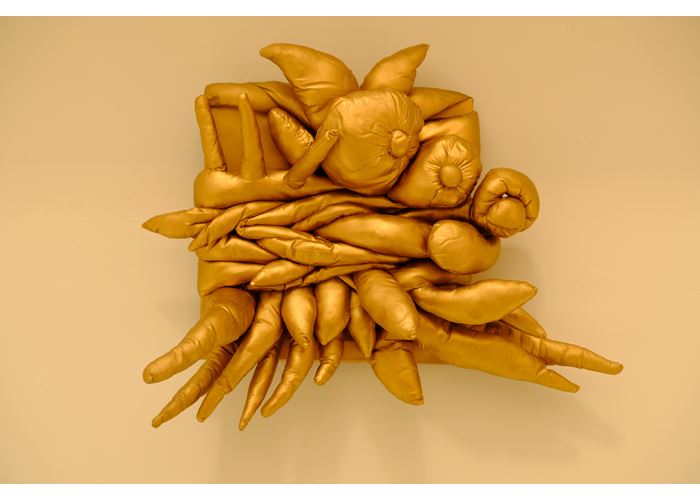 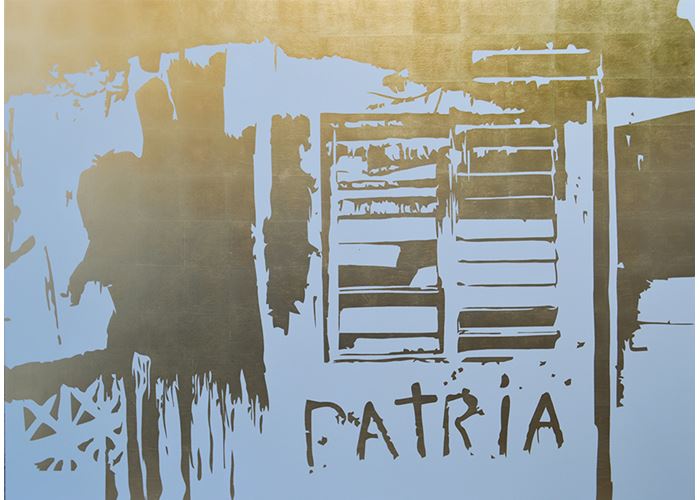 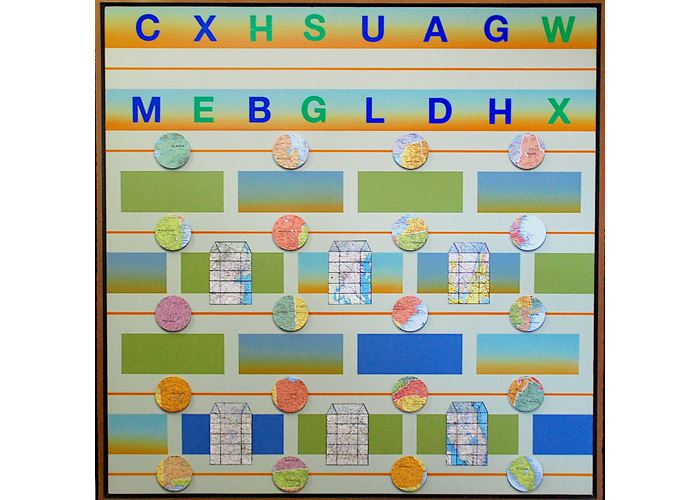 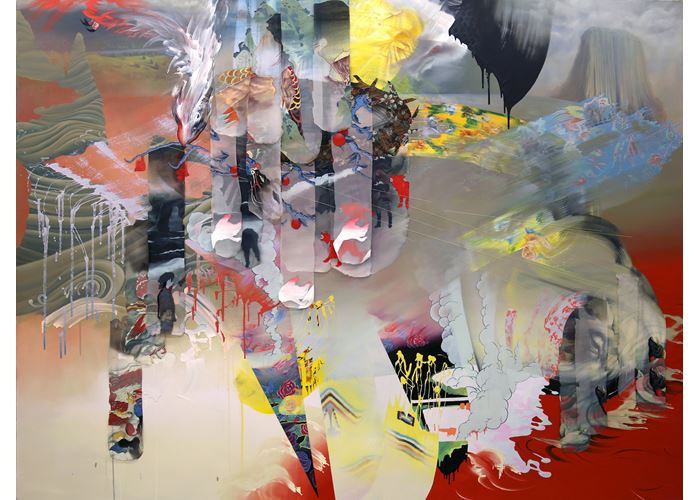 Lien Truong ...."And still we banter with the Devil" 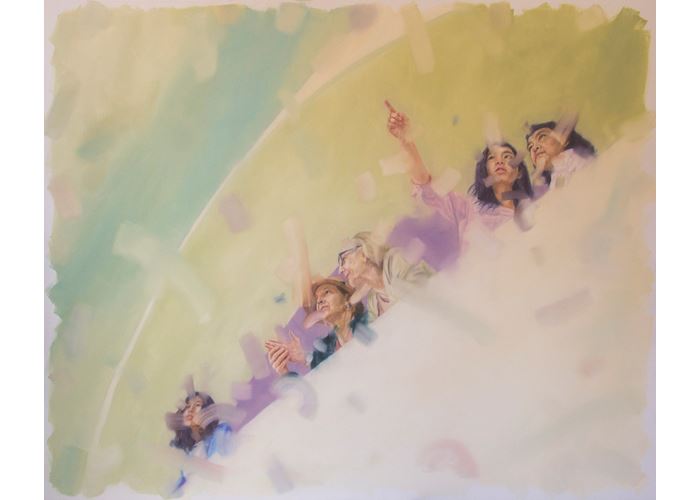 Danny Rolph has an MA in painting from the Royal College of Art, London and was awarded the Rome Scholarship at the British School at Rome. He is a professor of Fine Art at Bucks New University and is a visiting lecturer at the Royal Academy Schools, London. His work is represented in many international collections including the Metropolitan Museum of Art, New York and the Tate Gallery, London.

Rodríguez Cárdenas was born in 1962 in Sancti Spiritus, Villa Clara, and completed his arts studies in 1983 in Havana’s Instituto Superior de Arte (ISA).
He formed part of the René Portocarrero workshop, where he began to make a name for himself in serigraphy, drawing and painting. He became a key figure in the resurgence of criticism and of the arts movement at the time. His participation played a decisive role in the birth of the provisional group. From among the imagery created in the late 1980s, which questioned and made ironic the “revolutionary” state slogans, some of Rodríguez Cárdenas's proposals became iconic representations of his generation such as his self-portrait featuring him bare-chested, the skin painted like a brick wall, on which the words ”I am my home” are written; from his neck hangs a skeleton with a comic blurb that reads “I do not exist, only my intention”.

In Rodríguez Cárdenas’s work, parody, humor and caricature tend away from coarseness, although they may confront the audience with what is vulgar in a society in crisis. His work invites the spectator to question reality, to see beyond the world of the official word imposed by a system that had become senseless. More than anyone,[1] he suffered censorship. In his case, it was not a conjured-up badge of honor that he pinned on himself to face banishment from his country.
From the time after he went into exile in Mexico in the early 1990s until he finally settled in New York, he focused his art, without renouncing his previous commitments, on the artistic quality of his subjects, of this designs. His art imparted his compositions with even more of their own particular, distinctive character than before.


Rodríguez Cárdenas lives and works in the New York area.

Carlos Cárdenas is one of the most active artists working within the “demythifying” or critical trend that distinguished Cuban art in the 1990s. His entry into the contemporary art spotlight came with the 1988 exhibition Artista de Calidad (Quality Artist) at Galería Línea in Havana. From his initial work with collages, Cárdenas moved on to small canvases, where he applied a principle of composition similar to John Heartfield’s photomontage work: an antithesis between text slogans culled from the Cuban press and scenes where one or more characters perform, or are affected by, the actions stated in the texts.

The result was a corrosive, high-octane humor that uncovered the unforeseen ambiguities of advertising language and exposed the stereotypical character of social communication. “Cárdenas has taken as a point of departure a carnivalesque grotesquerie and scatology which deconstructs political slogans. His imaginings, which possess a keen graphic sense, are usually structured on significant contrasts between soft shapes and hard geometrical shapes” (Mosquera, 1999, 23).

The humorous approach worked on parallel levels. On one side, Cárdenas—along with such artists such as Tonel, Tomás Esson, and Segundo Planes—introduced into “refined” art those ribald jokes and stories that Cubans create and circulate day after day, as a defensive, mocking mechanism against themselves, the authorities, and the perpetual shortage of supplies. This “choteo,” or joking, had been dissected by Jorge Mañach in the early 1900s, the first years of the Republic. In the 1980s, it found outlets in publications such as the weekly tabloid DDT and in newsreels from the Cuban Film Institute (ICAIC). But it had not penetrated the sanctum of serious art. Cárdenas adopted, without bias or prejudice, the conventions of comic books and illustrations—resources that formalist critics had associated with minor genres. This taste for the makeshift, the imperfect, even the bizarre, became a cultural sensibility that ran through exhibitions of naïve folk artists and mixtures of amateur and professional artists that were curated by Orlando Hernández and Gerardo Mosquera.

The revival, in the late 1980s, of the building program known as microbrigadas populares (popular microbrigades) suggested to Cárdenas several elements such as bricks, hardhats, and welding masks—imagery that he incorporated to his pieces. In Construir el Cielo (Constructing Heaven, 1989), Cárdenas transforms the brick from building material into a metaphor for the anonymity of the human being within a collectivist utopia; and in the mural Maneras de Seguir Adelante (Ways to Continue Forward, 1989), a robot-man, or Golem, made of bricks appears to lose his hands and feet as he lurches forward.

Cárdenas’ admonitory images on the dangers of spiritual bureaucratization are of a piece with Tomás Gutiérrez Alea’s 1964 film, La muerte de un burócrata (Death of a Bureaucrat). An eyeless man, his body made of bricks, stands against a colorful background lifted from popular “street” architecture, confessing: Mi suerte está en mi corazón, mi casa soy yo (My luck is in my heart, I am my house). Another man, resembling the artist, tries to keep his feet on two roads that intertwine and tangle like tightropes. Cárdenas’ humor, unbearable for the prelates of ideological purity, blends the slogan Resistir, luchar, vencer (Resist, Fight, Win, 1990) with the salaciousness and scatology of the street. Or he subjects official thinking to an optical test in Lucha entre las ideas y la luz (Struggle between Ideas and Light, 1987). During his final days in Cuba, Cardenas focused on feces and its representation on canvas, transforming it into a visceral, polyphonic symphony—metaphorical poison for politically correct palates.