Wild Dog on a Leash

Masked Will Dog, Unable to Hunt

Made of paper, piñata like, about being safe, USA immigration and deportation policies. 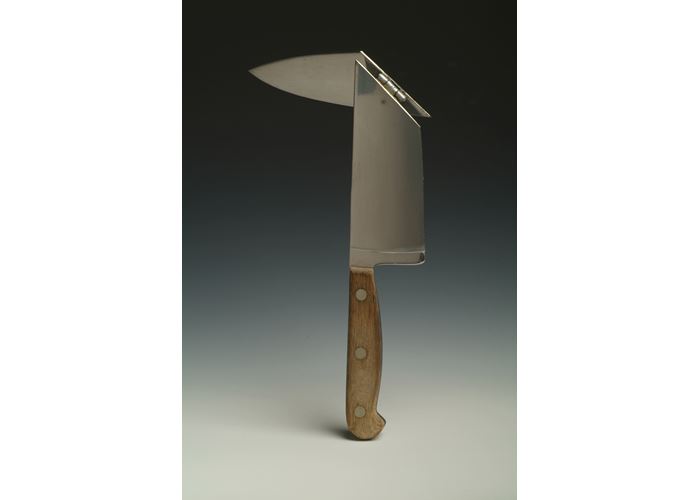 Man standing on pedestal with Indian fabric behind him.

Patricia Rieger All the Names IV, 2016 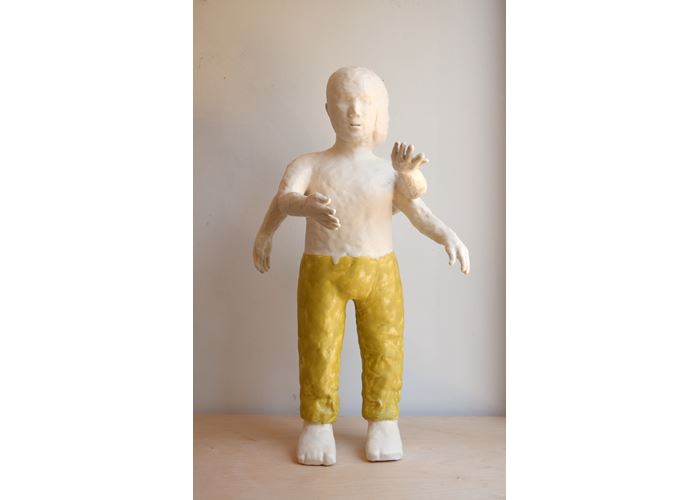 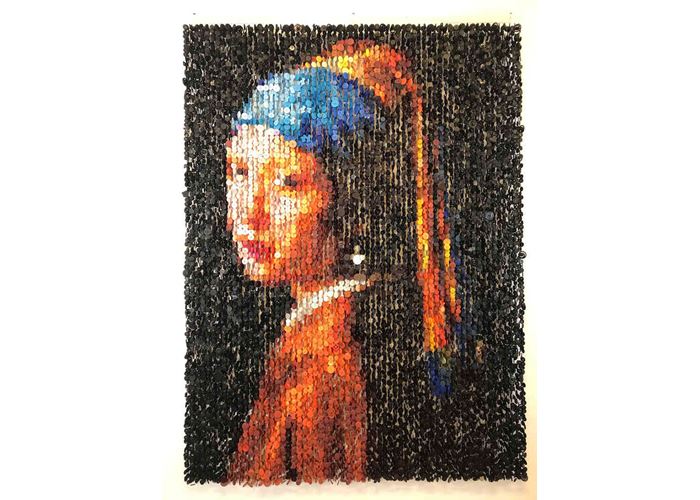 American Gothic, Grant wood
It has become an icon of American art.
Wood intended it to be a positive statement about American rural values, an image of tranquility at a time of great disappointment. The man and the woman, in their solid and well elaborated world, with all their strengths and weaknesses represented in the work.

During the Great Depression, the masterpiece gave hope to a desperate nation, and helped shape the notion of the Midwest as a land of hard work and honest values. Today, the painting is firmly embedded in our cultural vocabulary.

When I consider to intervene American Gothic, I think of the most genuine American, from the harvesters-the base of the rural town-, to the multinationals, passing through other very American characters or objects.

Heroes of the comic flying over the stage of the work, are what I call necessary myths in our environment, without them the rulers could not distract attention from the real problems of our society, myths that I have represented through, Brad Pitt, Angelina Jolie, Paris Hilton, Jhonny Depp, Taylor Swift, Mickey Mouse, Mark Zuckerberg, Oldenburg sacralizing a shovel for horticulture, an Oscar rewarding talent in the service of the masses. Artists such as Bruce Nauman, Pollock, Basquiat, Warhol, Donald Judd ..., a child wielding a weapon, as a representation of the endemic problem dragged by political administrations, a gold ingot as an allegory of the utopian ‘famous American dream’.

I think that a work cannot change the social situation of a country, but if it does, that some people think or reflect on it, we will have already achieved an important objective.

Lluís Barba Ruins with an obelisk in the distance, Hubert Robert, 2015

Ruins with an obelisk in the distance, Hubert Robert and pop digital photography 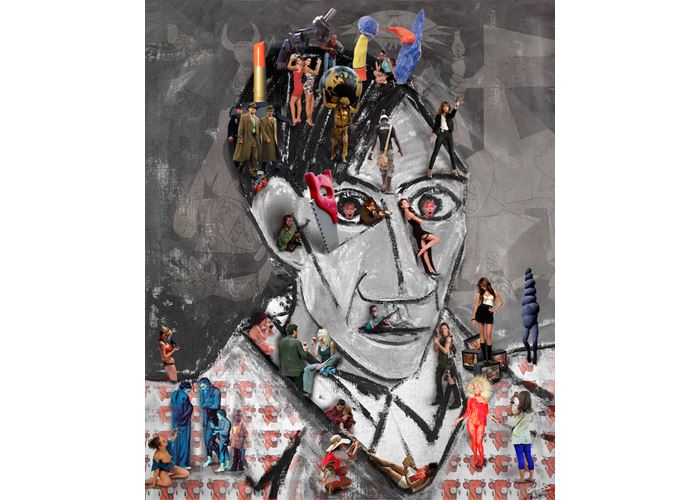 Picasso self portrait with pop celebrities 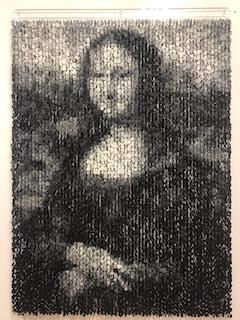