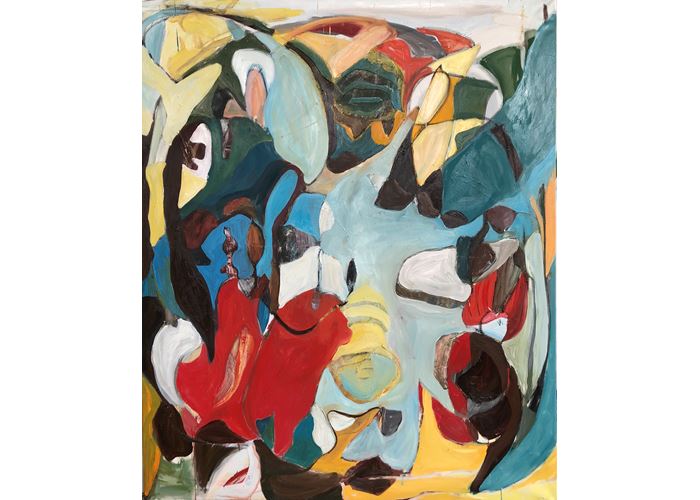 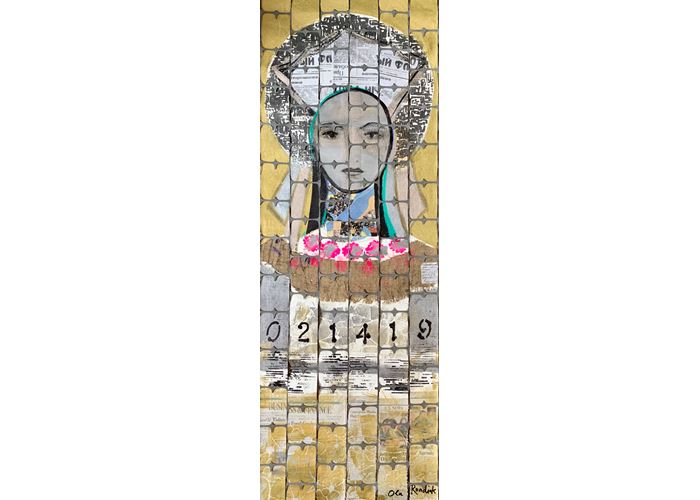 Born in 1980, in Wilmington Delaware, Monique Rollins received a Bachelors of Fine Arts Degree from Syracuse University in New York in 2002. In 2006, Monique earned a Master of Fine Arts degree in Painting, a Master of Science in Theory, Criticism and History of Art degree, specializing in Venetian Renaissance, and a Museum Studies Certification from Pratt Institute in Brooklyn, NY.

Monique's paintings have been exhibited Internationally for over a decade. In 2018, Monique has had solo exhibitions at Metroquadro Gallery in Turin, Italy, the Dante Alighieri Society in Venice, Italy, earlier in the year, the Delaware Contemporary Museum traveled her exhibition, Eastern Poesia to China to the Zhu Naizheng Research Center for Art in Beijing and also the American Center, in Beijing, China. Rollins has had solo exhibitions at the Delaware Contemporary Museum in Wilmington, Delaware, the Shevchenko National Museum in Kiev, Ukraine, Andre Zarre Gallery in New York City, Art Miami Context 2017, 2016, 2015, 2014 and 2013 editions, the American Embassy in Rome’s Tri Mission Art Gallery, a solo exhibition at Art Central Hong Kong, Denise Bibro Gallery in New York City, to name only a few. Her work can be viewed in the County Offices of the City of Wilmington, and many public sites throughout the city of Wilmington, Delaware, her home town. Her paintings are also on display in the Official Residence of the Ambassador to the European Union in Kingston, Jamaica as well as in the in many prominent private collections in North America, Asia, Europe and the Caribbean. Currently Monique's artworks are on exhibition at the Ukrainian Cultural Center in Paris, France. Monique's larger collage paintings will be in the exhibition Infinite Jest, in Venice, Italy. The exhibition will open in May as part of Pratt Institute's Pratt in Venice 35th Anniversary celebration. Monique's large oil paintings will be on display in June at Barbara Davis Gallery in Houston, Texas. Monique will have exhibitions in Kiev, Ukraine, Seoul, Korea and Miami, Florida later in the year.

Ola Rondiak was born in the United States in 1966. She earned her Baccalaureate Degree in Psychology and Education at Hunter College in NYC. After working as a social worker in Brooklyn, she went on to receive her master’s degree in Clinical Psychology and Community Counseling and began working as a Psychotherapist. Ola and her husband, Petro, began their journey in Ukraine together in 1995 at which time she began to study art in Ukraine and Hungary. Ola's parents had emigrated from Ukraine during WWII and had raised her with a love and curiosity for her roots. Ola’s paintings stem from her family’s experiences living in Ukraine, the events of WWII, Stalin’s Iron Curtain, the Orange Revolution, and the Revolution of Dignity in 2014.

These events shaped Rondiak’s worldview; emotional experiences began to surface in her paintings, family history intertwines with Ukrainian history and tradition. Her iconographic portraiture of Ukrainian women depicts their “determined and indomitable spirit.” Often referred to as “Pop art” or “folklore,” her work has been said to recall the icons of the Byzantine period.