Located in the heart of Central London's buzzing art-district: Fitzrovia, the Woolff Gallery has earned its reputation as consistently offering the collector unique artworks from its stable of exclusive artists (both from the UK and International), each with an entirely original and often unconventional approach to their practice. 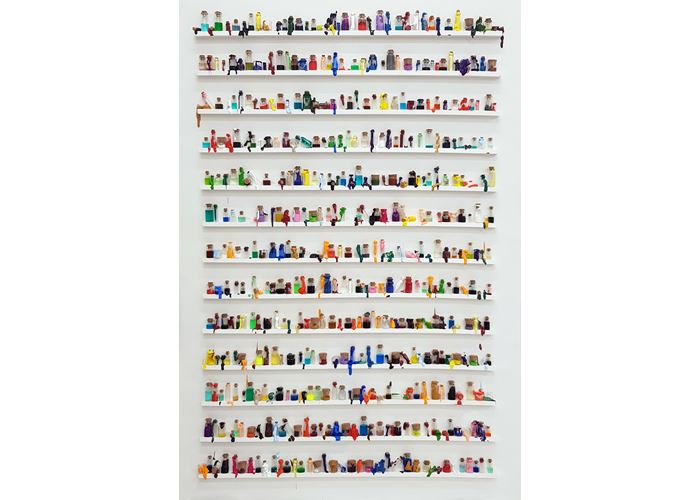 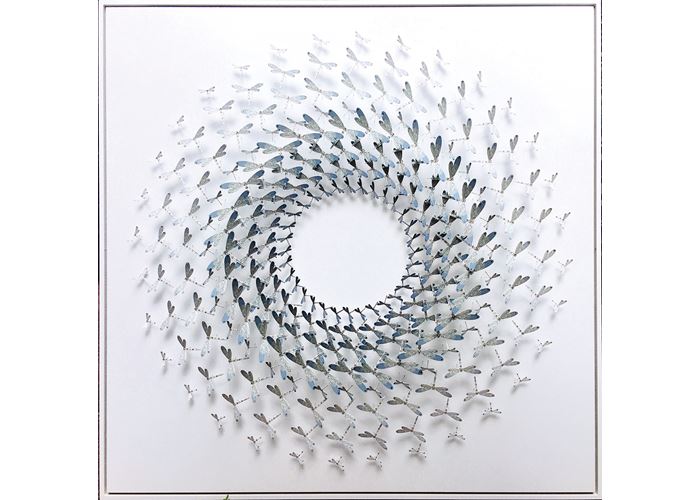 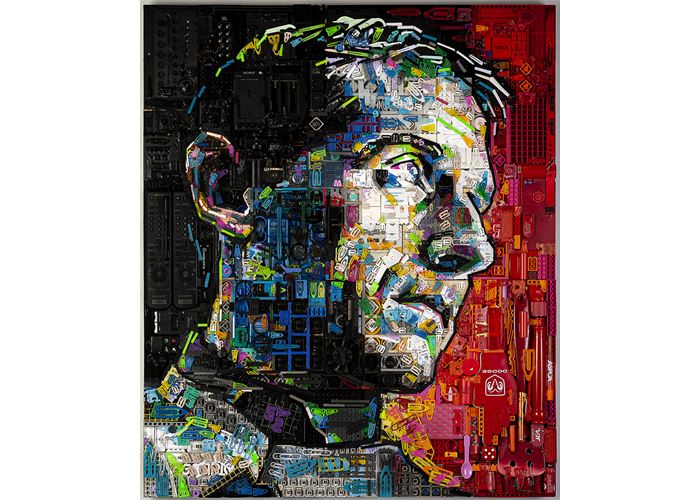 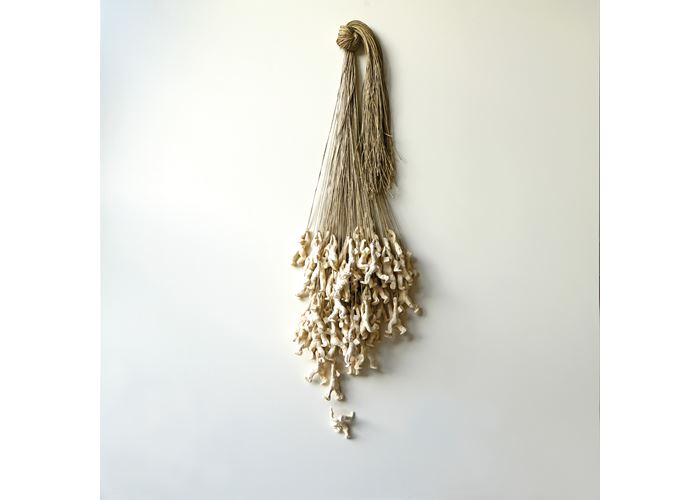 Since first showing with Woolff Gallery in Miami 2016, this hardworking, collaborative art duo have achieved enourmous success at both art fairs and in the Woolff Gallery group shows.
Their latest body of work demonstrates the broadness within their practice, and offers up some surprising creative and humerous elements, in their distinctive style.
The selection of artworks presented at Context Art Miami are from both LoveJordan’s ‘Writers Block’ series where the artworks
illustrate tall shelving units filled with books, scrolls, filled box's, envelopes, paper stacks, files and all other manner of objects all
waiting for inspiration and ideas, & the Elephants breath series which is an entertaining series based around paint colours, names
and repetition:
“Writers Block can strike at any time rendering all ideas blank and unclear. The Writers Block Library takes all those blanks and stores them, waiting to be filled”. JOHNNY LOVE

Susila Bailey-Bond was born in Leeds, England in 1972. Following art collage & a degree in Fasion, she trained as a fashion buyer & then as a designer. She now works as an artist and manages a central London gallery.
"My work is a reflection of my background as an art student, fashion designer, and life-long artist. From as early as I can remember I have been obsessed with creating bright and optimistic artworks in a variety of mediums. These days, whether I am making a delicate paper-cut work, or a bold, graphic based mixed-media print, my intention is to create something uplifting for the viewer through my appreciation of colour, form and composition".

Zac Freeman was born in Texas (1972), he currently lives and works in Jacksonville, Florida.
Freeman builds layer upon layer of found objects, and junk into portraits whose detail and subtlety only emerges with distance. In his Assemblage series, out of a seemingly chaotic collection of objects appears an impressionistic two-dimensional face constructed from an impressive range of shades and tones.

Natasja Van Der Meer (1969) studied sculptural art at the Nieuwe Akademie in Utrecht. She likes to use different kinds of material, to express her vision on modern life. In her work, Van der Meer regularly incorporates existing objects to create iconic images, often witha sense of humour.
A reoccurring theme in her work is childhood and parenthood. Van Der Meer’s interest in the curiosity and innocence of children and the way they experience this weird and wonderful world, has a considerable influence on her working process. It is the tiny details in life that inspire Van der Meer to make a sculpture. In order to express her ideas, the artist often works with scale: Some of Van Der Meer’s sculptures are a scaled version of existing, smaller objects. The adjustment of the size of these objects can sometimes evokes a sense of alienation and confusion.
Recently (and as exhibited here at Context Art Miami) Van Der Meer started to use beads as three dimensional pixels to create hanging sculptures. With admirable precision she puts all elements together to create a clear recognisable image. Through the use of differenttechniques, the artist ensures that no discrepancy arises between the object and the final enlarged artwork. Keywords are simplicity and clarity, and no unnecessary details are added to the artwork. This simplicity and unambiguous expression make the works of Van der Meer not only accessible, but contribute to the experience of aesthetic enjoyment of her art.
Her work has been shown at multiple exhibitions at Gemeentemuseum Den Haag in The Hague and Singer Museum in Laren and is included in several collections such as the Heineken Collection Foundation and Collection De Heus.

Daisy Boman studied Interior design & photography at Antwerp’s Academy of Fine Art, she later started to work with ceramics but perhaps the most significant influence on her work was the 5 years which she spent living in Johannesburg, South Africa. Here her artwork matured but became strongly affected by social aspects and characteristics of South African society during Apartheid. After returning to Belgium in 1986 Boman’s inner turmoil gave birth to her ‘Bo-men’. She later presented a solo exhibition in Antwerp, where her work resonated with this African influence, an influence which has remained consistent within her works to this day.
Daisy Boman’s work depicts a collective goal, evoking a sense of belonging, a united community, or destiny. Sometimes dozens of her ‘Bo-men’ characters strive, climb and struggle for the same goal. In contrast, a lone ceramic figure, or pair of figures are distanced by white space, powerfully communicating emotions of the need for human trust or togetherness, these seemingly humorous little men characterise a much deeper significance and worth. Their rich subtext provides a unique commentary on how we handle life’s personal challenges, disputes and hurdles.
Boman believes we are all ‘from the same mould’, inured by the society in which we dwell, so each ‘Bo-man’ has a face without features. Their form transcends race and nationality and connects with the common thread of humanity. They are without colour and the white clay bakes almost ironically into the colour of mourning, it is the hue of pain and sympathy, but it also represents hope, the sun and life. The supple and malleable clay, like the human form, is hardened by exposure and cracks – giving each individual form his own unique human character.
Boman’s work is conceived from her distinctive self-expression: plain, simple and contemplative in manner, she offers us a satisfying and ‘unique look at ourselves’. The sculptress reminds us that we are not all that different from anyone else in the world, for we all share the same struggle to define our everyday lives.