Vanessa Sauer (Relationship management with the artists and customers)

Based in Luxembourg, Art.M collaborates with international (mainly) pop art artists who disseminate values that we share, such as the spread of joy, the respect of women and the awareness of overconsumption issues.
We aim at making art, insufficiently explained and popularized, accessible to a large number of people. 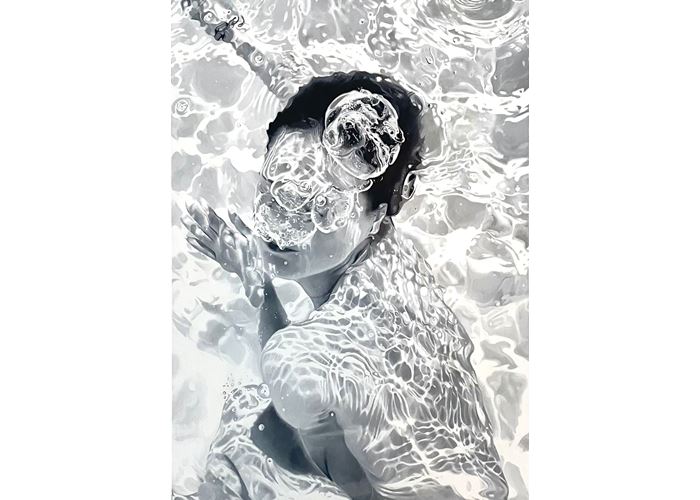 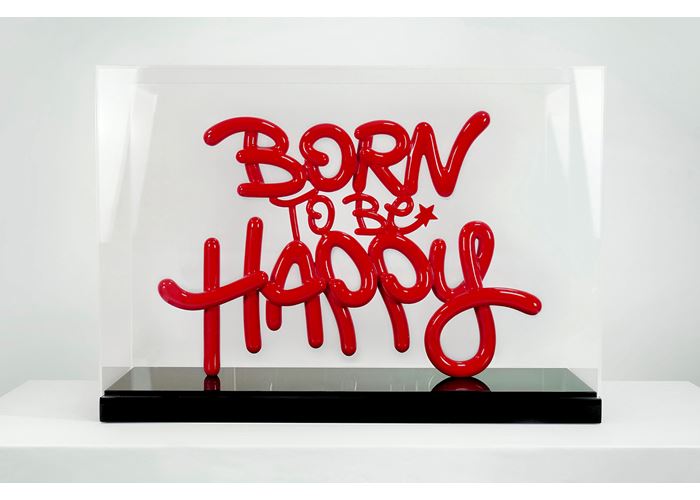 Raphael Laventure Born to be Happy

Clément Verdière was born in Marseille in 1990. His passion for art revealed itself at a very early age. At school, he paid little attention in class, being already ensconced in his creative world; thus he immersed himself in drawing and then went on to experiment in a variety of media.

His career as an artist has been punctuated by various trials and tribulations which have left their mark; but he has never given up on his dreams. The scars he bears have helped him to take the plunge and return to his first loves, namely drawing, followed ultimately by painting.

Clément Verdière taught himself, spending hours working, researching and exploring. As an outlet for his feelings, painting came to dominate his work, growing with him until it became his partner, sometimes reassuring, sometimes monstrous.

In 2015 he met Patrick Hugues and Skunkdog – an encounter which acted as an explosive catalyst. He started working in a studio and, in contact with other artists, proceeded to sharpen his perception, thereby finding his identity.

As an artist, he likes to express himself through the female image, since for him, the female sex incarnates relationships with others, or perhaps with himself. He doggedly delves ever deeper into this subject, seeking to bring out its very essence. His aim is to paint humanity in all its complexity.
Composed of black and white, of shadow and of light, his paintings are charged with emotion. His scars re-emerge with each brush-stroke. The faces and bodies that he depicts are marked by the very business of living. His subjects are deformed by the flow of water and enclosed behind a panel of glass, yet he does not hesitate, as an artist, to stir them up with a view to giving them a lease of life.

Over time, he has become increasingly meticulous in his way of working. Each day, he sets out three sheets of paper which he uses as a palette, searching for the nuances that are just right for each of his works. The hyper-realism that characterises his art enables him to reach the very heart of the canvas, going ever farther. And to feed that monster within him. Clément Verdière's paintings overpower you, look you in the eye, and leave you feeling that they are 100% right.

Raphael Laventure, a French painter and sculptor, was born in the
Dordogne in 1986. He has been living in Ibiza since 2014.

Emotion is the main ingredient found in each of his works, including the notion of “happiness”, which has become over the years the central point of his artistic research, both pictorial and sculptural. Creator of the movement “BORN TO BE HAPPY”, his creations are like a heartfelt appeal, a call to the whole wide world to be happy without any restriction.

His mother, who loved to paint, nourished the imagination of the
artist during his youth. As a child, he admired the splendid statues of antiquity, both Hellenistic and Roman, losing himself in the drapes of an Athena or the angelic features of a Venus; these continue to inspire his work today, the female figure being his favourite subject.

Raphaël Laventure is rapidly developing his colourful pop style,
which appeals to collectors and gallery owners alike. Raphaël likes
to paint on a large scale, so as to diffuse a maximum of energy.
His modern compositions, painted with dynamism and passion,
reveal the beauty of women. The explosion of colours in his acrylic
paintings, the delicacy of his palette-knife technique, and the care
given to each form and each curve, seemingly both instinctive and
controlled, are also found in his sculptures. It is through this new
ground of creation that Raphaël intends to spread his philosophy of life.

Driven by his passions, namely fashion, design, and travel, his
works reflect his being: they sparkle with life. Music also forms
an essential element of his creative process, acting as a stimulant
and an energizer and thus influencing his way of conceiving his
works. The festive island paradise of Ibiza is for Raphaël a well of
inexhaustible inspiration – it is here that “BORN TO BE HAPPY”
came into being as a concept.

As a painter of elation, the artist carries with him the joy of living,
that feeling that each of us has, and that Raphael Laventure has
decided to unleash in the name of universal happiness and the right of everyone to be happy, giving life to his universe “BORN TO BE HAPPY”.