Connect Contemporary is dedicated to promoting contemporary artists both domestically and internationally. We aim to introduce contemporary artists to the global market as well as to discover and support emerging new talent. The Gallery strives to represent artists, through our gallery partners, whose unique work transcends the aesthetic and challenges the intellect. Our passion is to bring thought-provoking artwork to avid art lovers and collectors around the world. Our efforts are to connect people to the profound lifelong expression that is art. 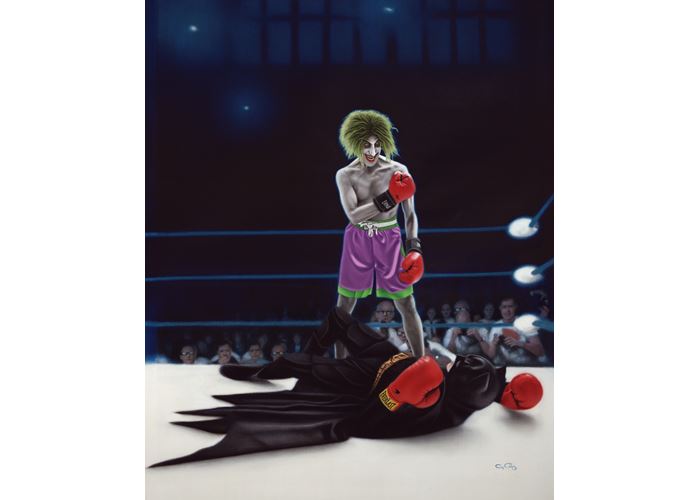 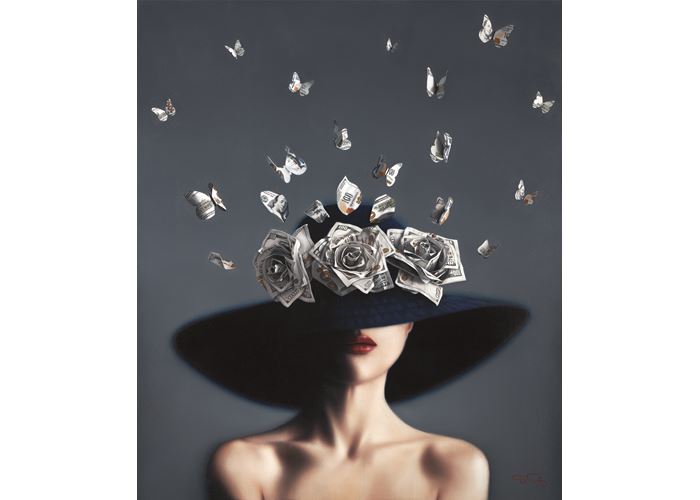 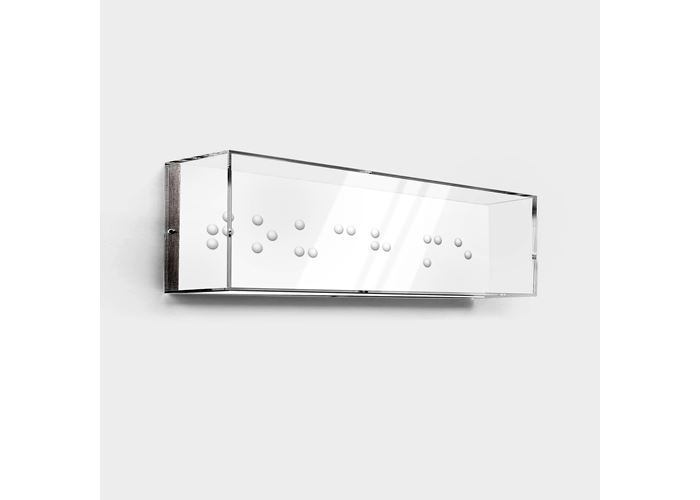 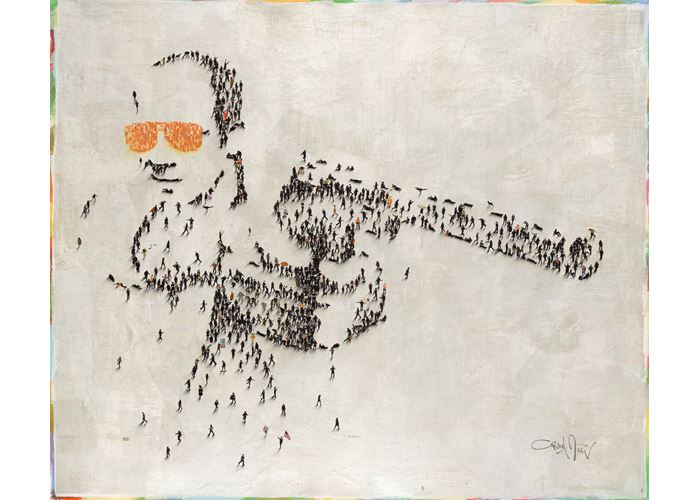 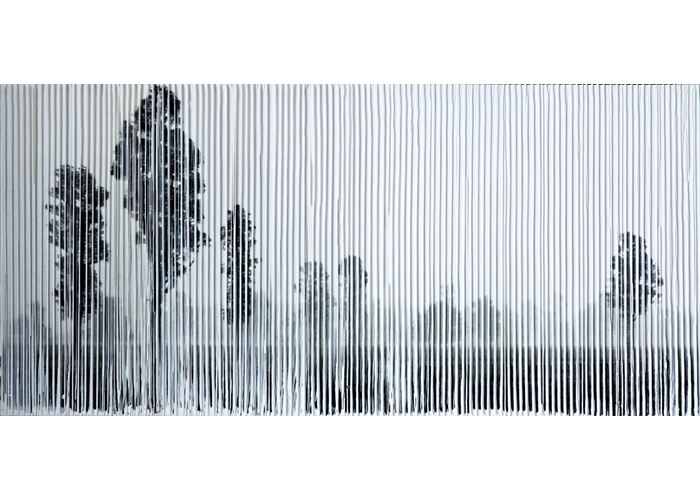 George Charriez grew up in Newburgh, New York. Deriving inspiration from his artist family, Charriez committed himself to art at a young age. He studied at Savannah College of Art & Design and the Pratt institute. In addition to painting, Charriez worked as an illustrator and industrial designer, which contributed to his skilled and precise style of painting.

Much of his work illustrates modern perceptions of the human condition. He paints to inspire dialogue with his artistic commentary. The work of George Charriez has been successfully exhibited both nationally and internationally. He is actively painting and creating in Atlanta, Georgia.

George Charriez grew up in Newburgh, New York. Deriving inspiration from his artist family, Charriez committed himself to art at a young age. He studied at Savannah College of Art & Design and the Pratt institute. In addition to painting, Charriez worked as an illustrator and industrial designer, which contributed to his skilled and precise style of painting.

Much of his work illustrates modern perceptions of the human condition. He paints to inspire dialogue with his artistic commentary. The work of George Charriez has been successfully exhibited both nationally and internationally. He is actively painting and creating in Atlanta, Georgia.

"To like or love art is an emotional conversation. As important as your art is to you, more important is who you are engaging with through it." Born into a multigenerational family of photographers, Abedian integrates several styles of image design. He apprenticed to his father and subsequently earned a master's degree in photography from the prestigious Hamburg Academy of Photography. Abedian absorbed a myriad of influences and refined his attention to form, light, and especially color. His images reflect a focus on the intersection of technology and media in modern life.

Abedian's work is further enhanced by his world travels. He is fluent in several languages and continually immerses himself in a variety of cultures. Originally from Armenia, he has also resided in Iran, Germany, and now Atlanta, Georgia, U.S. His influences for art, photography, and digital media derive from his multicultural background, his travels, and persistent desire to study and produce contemporary art.

Abedian’s work has been featured in art fairs and gallery shows. His work is a part of private and corporate collections.

Craig Alan was born in 1971 in San Bernardino, California. Though always drawn to art, Alan's creativity did not fully develop until his family transferred to New Orleans while he was a child. The vivacious culture nurtured Alan's capacity for detailed visual interpretation. Inspired by the city's enthusiasm for creative expression, he began exploring his own innovative impulses.
Alan's earliest experimentation took the form of street portraiture, an endeavor that helped him perfect his flair for replicating the human figure and afforded the budding artist a sense of economic security. He saved his portrait earnings to pay for school and art supplies. Though he always planned to pursue a formal art education, Alan continued to develop technically and conceptually through his own diligent studies.
During his sophomore year at the University of Mobile, Alabama, Alan undertook vigorous training in art. His enthusiasm for his studies immediately propelled him into the scholastic limelight. With a focus on studio arts, Alan earned an area award for academic excellence. The University's most prestigious exhibition, "Art with a Southern Drawl," featured 42 of Alan's pieces, chosen from a field of more than 1,600 submissions.
A minor concentration in theater further diversified Alan's craft, imbuing him with additional techniques in makeup and set design. This blending of disparate influences and media is visually apparent in all of Alan's works, which demonstrate a broad knowledge and appreciation of the human form as well as the colorful world these beings occupy. Combining his skills into elaborate textures, hues and compositions, Alan's artwork reveals a technical sophistication as well as an elaborate imagination.
Alan's collections run the gamut from abstract expressionism to haunting, graphic realism, each one a reflection of its creator's unique vision. His prolific career is a culmination of textbook artistic knowledge and keen aesthetic sense, one developed not through intensive schooling but deep within recesses of this artist's brilliant mind.
Craig Alan continues to exhibit his artwork across the United States, where he has established himself as a singular voice in the visual arts industry.

“I believe there is a bit of magic in the medium of photography that is made up of light, chemistry, natural beauty and the ability to capture a perfect moment on film.”
Pezhman was born in 1976 in Shiraz – the center of Iran’s cultural civilization. Emigrating three years later as the result of revolution, Pezhman grew up in the United States. Adventurous since childhood, Pezhman is an avid explorer; he thrives outdoors, trekking, kayaking, mountain climbing and fishing. Beginning as a photographer, he captured destination landscapes on film; inspired by the contrast between natural and urban environments. As his work evolved into mixed media he has channeled his photography talents to explore the surfaces and textures of his own creation.
Pezhman cites his own drive for exploration, and his first photography road trip at 17 as the primary influences for picking up a camera in the first place. Passion set in as he immersed himself in the world of photography: converting his bathroom to a dark room, enrolling in photography programs, and landing an assistantship with a prominent studio. As his career progressed so did photography. Digital photography emerged and quickly moved in on traditional techniques. This sparked in Pezhman a creative stall, unsatisfied with the instant gratification nature of this new method. Craving the involvement he once had developing his imagery, Pezhman pushed forward into mixed media; slowly at first, with only oil paints, but adding more diverse media as his creative passion was ignited once again.
As a mixed media artist Pezhman explores the surfaces of his works, developing textures and colors to convey vivid sensations of actual experiences. His process involves photography, oil, acrylic, textiles, resin, encaustic, tar, and any other materials he finds to create dynamic texture. With several sources of inspiration for his collections, Pezhman’s method is born from a spirit of exploration to preserve timeless moments discovered along a journey.
Pezhman continues his explorations of mixed media in Atlanta, Georgia. His work is collected and displayed across the United States.